If you thought the viral obituary penned by the daughter of a veteran with mental health issues who “lived 29-years longer than he deserved” was perhaps in poor taste, she will gladly speak ill of you when die, too.

Carnes Funeral Home told me the obituary for the south Texas man was removed from its website on Friday “due to all the unnecessary comments that were being posted.”

The author, who wished to remain anonymous in a statement issued in response to the attention, claims critics of her cathartic snark simply couldn’t comprehend the emotional trauma Leslie Ray Charping forced upon his family.

She also wouldn’t be upset if they died.

“Although I appreciate everyone’s concern, it would have been much more appreciated at any time during my childhood,” she wrote. “For those being cruel, please remember that you now resemble my father and I would be more than happy to pen your obituary as well.”

Charping, who died of cancer last month at the age of 78, was arrested several times over the past 40 years, including twice for assault.

In 2008, he pleaded or pled or whatever it is guilty to assaulting his wife with hot liquid. Which is pretty horrible.

The final line of the obituary reads: “Leslie’s passing proves that evil does in fact die and hopefully marks a time of healing and safety for all.”

However, the author insists that she loved loved her father, and that his passing “would not have been any less difficult had he been a good father.”

“Leslie Ray ‘Popeye’ Charping was born in Galveston on November 20, 1942 and passed away January 30, 2017, which was 29 years longer than expected and much longer than he deserved. Leslie battled with cancer in his latter years and lost his battle, ultimately due to being the horses ass he was known for. He leaves behind 2 relieved children; a son Leslie Roy Charping and daughter, Shiela Smith along with six grandchildren and countless other victims including an ex wife, relatives, friends, neighbors, doctors, nurses and random strangers. “At a young age, Leslie quickly became a model example of bad parenting combined with mental illness and a complete commitment to drinking, drugs, womanizing and being generally offensive. Leslie enlisted to serve in the Navy, but not so much in a brave & patriotic way but more as part of a plea deal to escape sentencing on criminal charges. While enlisted, Leslie was the Navy boxing champion and went on to sufficiently embarrass his family and country by spending the remainder of his service in the Balboa Mental Health Hospital receiving much needed mental healthcare services. “Leslie was surprisingly intelligent, however he lacked ambition and motivation to do anything more than being reckless, wasteful, squandering the family savings and fantasizing about get rich quick schemes. Leslie’s hobbies included being abusive to his family, expediting trips to heaven for the beloved family pets and fishing, which he was less skilled with than the previously mentioned. Leslie’s life served no other obvious purpose, he did not contribute to society or serve his community and he possessed no redeeming qualities besides quick whited sarcasm which was amusing during his sober days. “With Leslie’s passing he will be missed only for what he never did; being a loving husband, father and good friend. No services will be held, there will be no prayers for eternal peace and no apologizes to the family he tortured. Leslie’s remains will be cremated and kept in the barn until ‘Ray,’ the family donkey’s wood shavings run out. Leslie’s passing proves that evil does in fact die and hopefully marks a time of healing and safety for all.”
Nice and tidy. 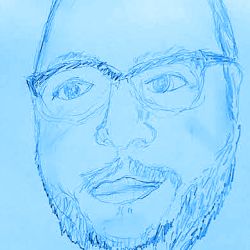